For the past four years, I have been experimenting with a social learning platform, which I call Pace Commons, which is based on Elgg social networking software.

Pedagogically, my major goal was to flatten the typical instructor centered hierarchies endemic to most learning management systems (such as Blackboard). As a teacher educator, it seemed philosophically inconsistent to be working with teachers and teacher candidates to promote student-centered, autonomy supportive classrooms while using a tool that reinforced traditional power dynamics. This project was greatly influenced by the work of Dron & Anderson in Teaching Crowds.

I also developed Pace Commons to be a research platform. I have been investigating these research questions:

In the first post in this series, I described the project and the social learning platform I designed, along with some preliminary discussion of methods. In this post, I will be looking at data from one course as a proof of concept of the analytic tools I am using.

Case Study: Looking at Teacher and Student Interactions in one course

In order to get started looking at the patterns of interactions between teachers and students on this social learning platform, I will focus on one course. This graduate level course was called “Computer Science for Teachers,” and was designed to train teachers and teacher candidates to design learning experiences to engage their students powerfully in computationality, which is a set of skills increasingly valued in K-12 schools. The course was offered online had three major components:

Throughout the course, these graduate students shared their work and their own learning process through making blog posts on Pace Commons and responding to the work of their colleagues via making commments on these others’ blog posts.

This first set of diagrams depict the frequencies of these types of interactions on Pace Commons.

Figure 2 illustrates the number of comments left by each course participant (teacher and students). As might make sense (I am not entirely sure if it does or should), the teacher left the lion’s share of comments for the students, with almost 100 more comments than the most active student commenter.

The interactions from this Computer Science for Teachers course were then examined through the development of a set of social network graphs. The first interaction network graph is depicted in Figure 4. Several kinds of analyses can be performed through these types of graphs. For this analysis, I focused on power centrality (which is also called Eigen Centrality). This parameter works like this: “By calculating the extended connections of a node, …can identify nodes with influence over the whole network, not just those directly connected to it.” (https://cambridge-intelligence.com/keylines-faqs-social-network-analysis/). This figure, also utilizes a Force-directed graph drawing algorithm, specifically the Fruchterman–Reingold algorithm, which “assign(s) forces among the set of edges and the set of nodes of a graph drawing” (https://en.wikipedia.org/wiki/Force-directed_graph_drawing). I used the social network visualization tool SocNetV to do this work.

Figure 4 depicts the power centrality in the entire network of course participants – instructor and students. In this graph, the teacher and students in this course are each represented as nodes in the network and their relative influence is indicated by the size and color of the circles which depict them. Larger circles indicate more influence within this network, and nodes with the same degree of influence share the same size and color. These power relationships are a direct reflection of the interactions between each node in the network.

As might be expected (for better or worse), the instructor is the most influential node in the network. Connected to the instructor, and at the next level of influence are a small set students (in various shades of green). The less influential students are depicted as being further from the center of the graph and have far fewer connections to one another. They are literally further from the action of these interactions, so to speak.

Figure 5 depicts the same type of network graph (power centrality with a Fruchterman-Reingold algorithm). However, for this graph, the instructor (and the related interactions with students) have been removed.

This network graph of only the students that reveals itself is very interesting. There is still a cluster of student nodes in the center of the diagram and several students depicted as outside of this cluster. However, the nodes/students representing the highest degree of power centrality have shifted with the instructor’s absence. This likely means that many if not most of the interactions with the formerly most influential students were with the instructor and less so with their peers. If this is really the case, then the next question is why would this be. Why don’t the students who has been the most influential when the teacher was in the network not just move up a rung, so to speak?

In order to address this question, I am in the midst of coding the content of these interactions to see what, if any, patterns emerge. That analysis will be the focus of the next post. 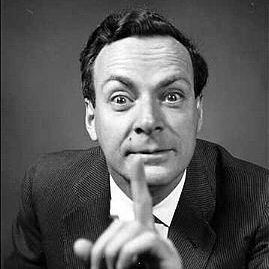